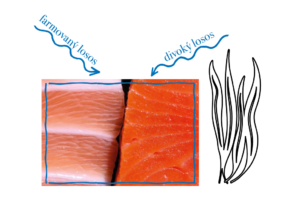 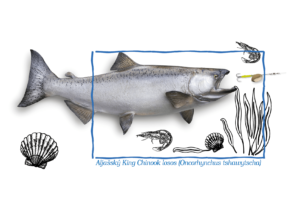 As the only restaurant in Slovakia (border to border) offering CHINOOK SALMON (KING SALMON) we are very happy we are able to bring in truly wild salmon. Yes, it is the salmon caught by bears in National Geographic. Our salmon fishers catch them with a fishing rod in the cool Copper River of Alaska.

The wild KING truly has royal attributes. It is among the top 3 healthiest fish and the top 10 healthiest foods in the entire world! This salmon has an extremely high content of omega-3 fatty acids, vitamin D and astaxanthin. Its meat does not have any grey streaks of fat that occur in farm-raised salmon and “foams” when heated.  In other words, compared to other salmon, the KING has much less but much better and healthier fat.

With its distinctive flavour and intense salmon-pink colour, KING salmon provides a natural, super-effective antioxidant called astaxanthin, which in turn belongs among the top 5 anti-ageing compounds.

STORY OF THE "KING" SALMON

KING salmon teaches us that every meal has its own story, it doesn’t simply come from nothing. The entire life story of the wild KING SALMON from Alaska is embodied in just one serving: how it was born in a river, how it moved to the Pacific Ocean, where it swam for thousands of miles, and then, as an adult, big and able to reproduce, was able to return to its native rivers (scientists have yet to explain how a salmon’s in-built “radar” allows it to reliably return to its birthplace). It has to be very persistent, because only 2% of salmon survive the native river-ocean-native river pilgrimage. KING salmon are so vital that the US Army named its best helicopter after them.

The strength and skill of the fisher who has caught it with a fishing rod is also embodied in a salmon filet. These salmon are caught using a special, very careful method called trolling. Each portion also contains the energy of the people on the boat, the port and the plane’s pilot, who has transported it to Europe. Finally there is the work of our chef, who carefully cooks it in order to preserve its organoleptic characteristics (meaning taste and smell) and nutritional value. One serving of the salmon simply combines the whole energy of life, joy, skill, wisdom, just the entire universe, so that we can enjoy it at KOGO! 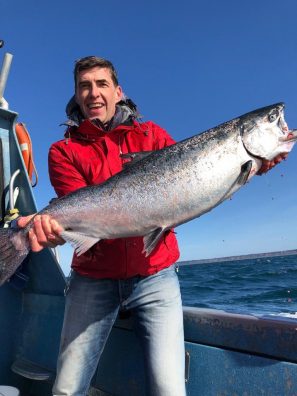 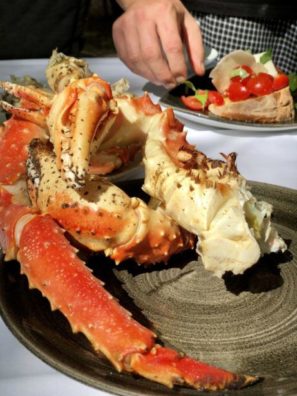 On several occasions the KING CRAB has been declared the greatest of culinary delights. We discovered the crabs on our holiday in Norway and we immediately fell in love with their special, sweet and also pure sea flavour.  At KOGO, we have built an aquarium for live crabs so you can catch your crab!

You taste the difference when you eat a fresh crab: large, juicy and sweet pieces of white meat (with pink edges) are simply pulled from the strong legs and pincers, while with frozen crab the flesh tears, has a fibrous texture and a less pronounced flavour. King crabs are a rich source of protein, omega-3 fatty acids and vitamin B12 with a super low caloric value of just 94 kcal/100g.

Our Alaskan KING CRAB is sourced and import by air from Norway, each crab possessing its own QR code guaranteeing its authenticity.

STORY OF THE "KING" CRAB

Our KING crabs are known as “Alaskan King Crab”, but to be correct they should be called Kamchatka crabs. Their Latin name is “Paralithodes camtschaticus”. In any case, the home of these crabs are the seas belonging to the Russians and the Americans, who will never forget to add the word KING to their name because these crabs are a true royal delicacy. The Americans even filmed the fishing of these crabs for the successful “Deadliest Catch” documentary series.

We import KING CRABS by air from Norway where they were (in the Russian seas near the Norwegian coast) introduced by Russian scientists in 1964. The crabs were so happy in these seas that they spread up to the coast of Norway, where they have become a profitable export item. Norwegian fishers catch the crabs in cages on small boats, where they immediately assess their quality and only keep for distribution the highest quality, undamaged crabs. This work is particularly demanding because the crabs are strong predators (they can grow up to 15kg and possess pincers up to 2m in length), live in freezing waters and, moreover, on poorly accessible sea bottoms. A special crab aquarium built at Oslo airport enables the distribution of live crabs around the world. We offer crabs weighing between 2.5-3.5kg, but you can order a leg or a pincer separately. 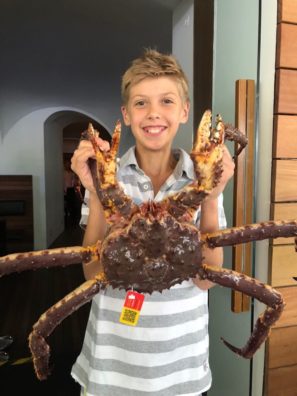 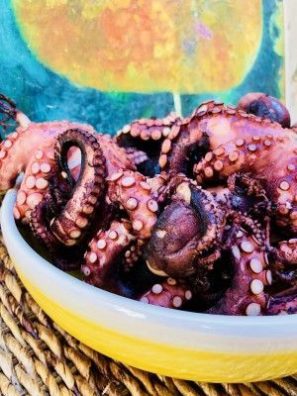 Grilled octopus has been our best-selling dish since the restaurant opened in 2006. The octopus is popular for its salty sea flavour and  firm-to-chewy but still tender meat. Our secret lies in the fact that we really know how to cook the octopus in a way that it remains soft and we really do not do it by hitting the octopus against a rock, as recommended in some cookbooks. We do not skin the octopus, because the pink skin becomes caramelized during the grilling process and remains pleasantly crunchy on the surface. This is known as Maillard’s reaction.

The octopus is a fascinating animal with eight limbs all possessing suckers, three hearts and green blood. It is said that they are among the most intelligent creatures around: they can move quickly, adjust their colour to the surrounding environment, squirt ink at enemies, climb onto fishing boats to open crab cages and eat them. The octopus is a fount of vitamins and minerals, mainly zinc, potassium, fluorine and magnesium. Zinc is particularly important for immunity, while also contributing to nice skin. That is why our guests look so nice!

Every week we buy fresh, whole, usually 40kg of tuna, which we cut into portions ourselves, and we remain in amazement of this fish. The tuna has a perfectly hydrodynamic body, folding side fins and a sickle-shaped tail. The word “tuna” comes from Greek and means “to rush”. Americans have long studied why tuna can move at such great speeds up to 100 km/hr. and based on this, they designed their most powerful torpedoes. The yellowfin tuna has a special circulatory system that keeps the blood as well as its energy within the muscles giving it a distinctive pink-red meat.

The tuna is very rich in B vitamins, trace elements and omega-3 fatty acids. Most importantly, however, it contains selenium in an unusual form called selenonin. Selen is one of the most powerful antioxidants (anti-ageing compounds) in the world. One 200g portion of tuna will cover up to 400% of our daily recommended dose of selenium and, moreover, this special form prevents the absorption of mercury from the fish into our body. That is why the tuna is one of the most beneficial fish for regular consumption. 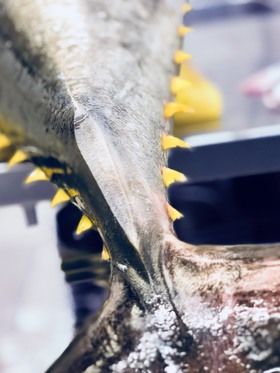 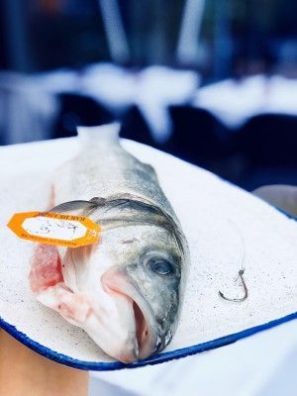 European bass is a very popular fish due to its pure, iodine, long-lasting sea flavour. It has white, juicy meat, arranged in a zigzag pattern. The colder the sea and the wilder (unfarmed) the fish, the more appetizing. We buy our European bass from a traditional fishing family in Breton, who have been fishers for several generations. They carefully fish the European bass on the open sea using hooks, which is time consuming and weather dependent. They shun the mass catching of fish in nets for the following three reasons:

The European sea bass, which you can pick from our display, is truly a luxury marine treasure.

Smoking salmon is a complex biochemical process, depending on a number of factors, especially from “prima materia”. Salmon for smoking must have a higher fat content than e.g. Alaskan King salmon. That is why we use Scottish salmon for smoking, and we also received instruction in Scotland during an internship at a small family business that is among the best in the world. We store the smoked salmon in special conditions and we serve it not sooner than after 20 minutes, so that its flavour can fully develop. 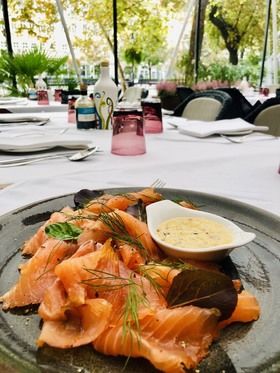